The amazingly innovative theatrical project Interteatro has been a hit!

NITE is proud to present “InterTeatro” – a project by Beatriz Cabur and the Cervantes Institute of Milan with the objective of internationally promoting contemporary Spanish drama. InterTeatro is a new form of theatre that, through the use of technology, combines traditional methods with new forms of communication.

The plays that make up InterTeatro are a combination of different formats:

– A live, online broadcast of actors who are performing in another city.
– A pre-recorded video.
– A live performance on stage.

For the first edition of InterTeatro, eight texts were selected from four authors from different generations that represent a wide panorama of styles and ways of understanding the process and purpose of playwriting. The plays are:

InterTeatro is a project comprised of 46 people. We would like to highlight the job of film director Alex Rios who works alongside Beatriz Cabur researching and experimenting multiple new combinations of media in order to create ground-breaking shows.

The first edition of InterTeatro was performed on February 21st, February 28th and March 7th at the theatre of the Cervantes Institute in Milan and it was a great success, the audience that came to the first shows on February 28th were back the other two days of performances and they loved the whole series! 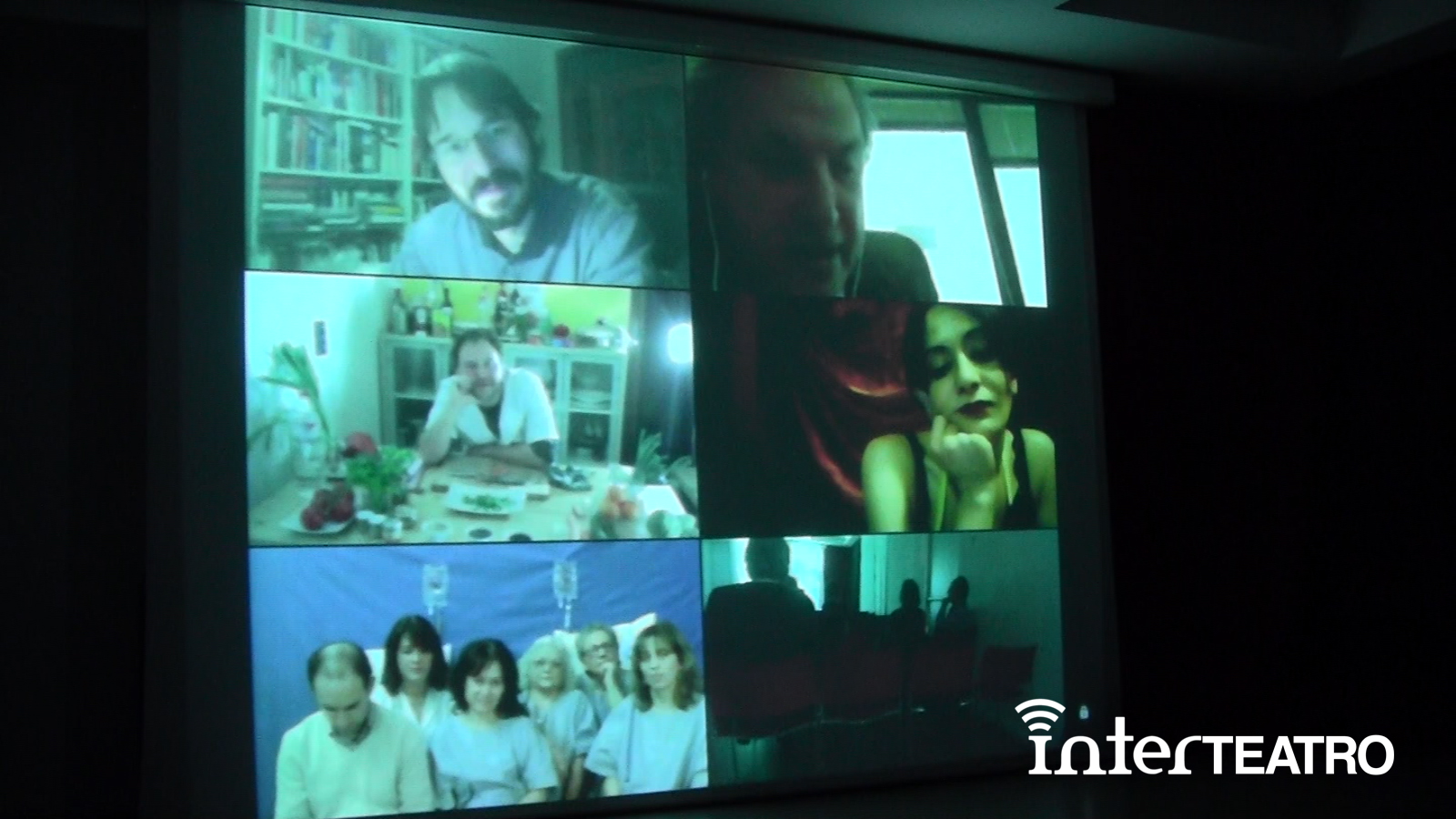