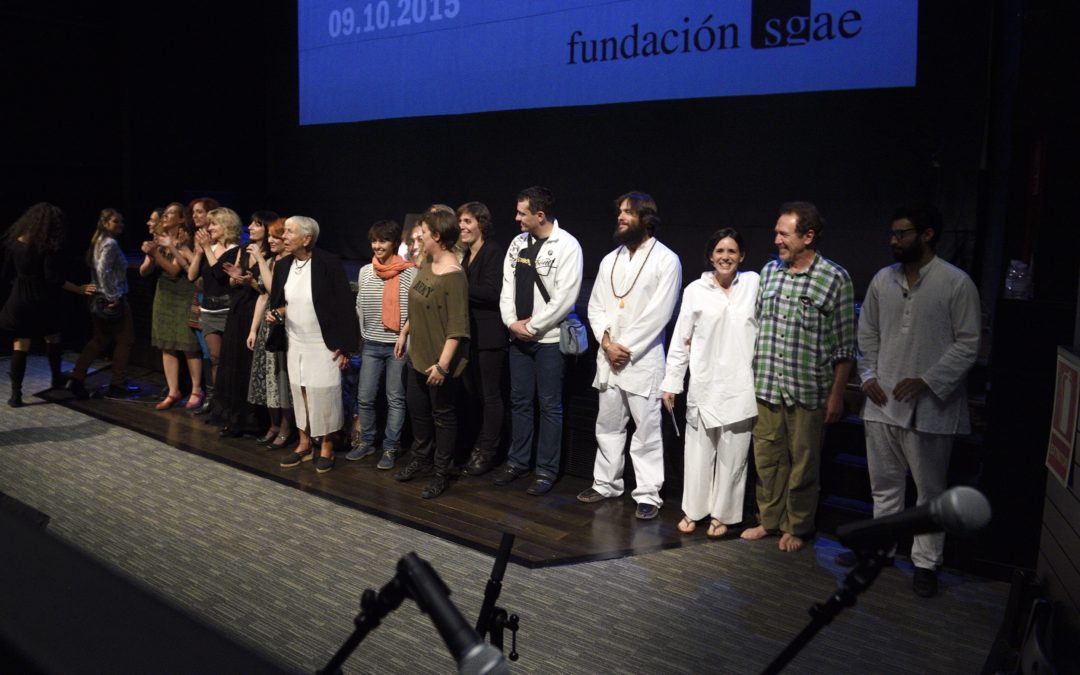 During 2014 and 2015 NITE organized several events around the “365 Women A Year” project in Spain and online for an international audience.

Partnering with the Fundación SGAE, the “Marías Guerreras” and produced by Yolanda Dorado, Inmaculada Alvear and Beatriz Cabur there was a presentation on May 27th, 2014 -World Theatre Day- at the Kubik Theatre, readings of the eight Spanish plays at the Sala Berlanga on October 9th, 2015; and a volume including all the plays, published by Ediciones Antígona, will be presented at the Spanish book fair on June 12th, 2016.

New International Theatre Experience has partnered with the European Theatre Collective (etc.) to help select the plays to be presented at the European Play-Reading Festival in Helsinki from October 6-8, 2014. Plays being considered are from Denmark, Norway, Iceland, Estonia, Russia, Ukraine, Hungary, Italy, France, Great Britain and Germany.

The festival presents new plays, in English translations, that have not been read or staged in Finland, and engage international theatre professionals that live and work in Finland.

European Theatre Collective was founded in 2007 and is based in Helsinki. The members of etc. are either immigrants or Finnish artists, who have studied and worked abroad for extended periods. The etc. utilises the members’ background in all its functions. In the past six years, the focus has shifted from international performances to developing opportunities for multicultural artists engagement. 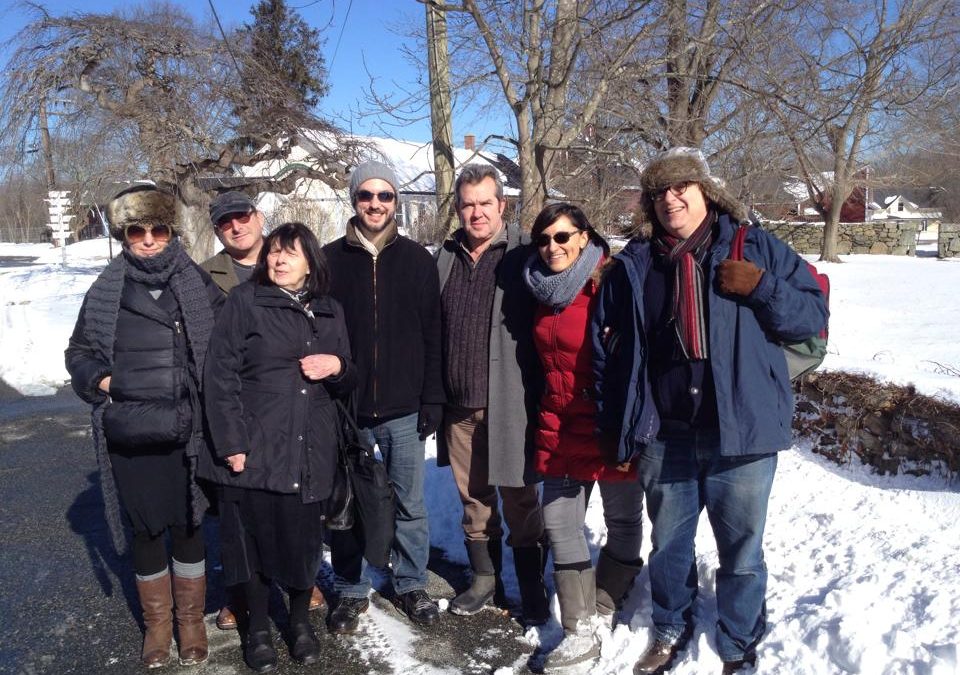 NITE, along with the Lark Play Development Center, The Play Company and the Eugene O’Neill Theater Center, organised the first North American Fence meeting from January 20-27, 2014 in New York, NY and Waterford, CT. This gathering was intended as a small planning meeting for a much larger convening in January 2015.

The overarching focus of these gatherings is the art of translation. Delving into the nature of translation is one of the on-going goals for The Fence. The noted literary theorist Gayatri Chakravorty Spivak points out, “Translation is a necessary impossibility,” and the group will investigate this paradox by engaging in both in-depth dialogue and hands-on exploration.

Hosted by the Eugene O’Neill Theater Center in Waterford, CT, the first leg is intended as a retreat, where members can share experiences, explore issues related to theatre translation, and begin the process of developing scripts for translation. The second part of the week will be hosted by the Lark Play Development Center, where we will engage and interact with New York-based colleagues interested in international new work and translation. 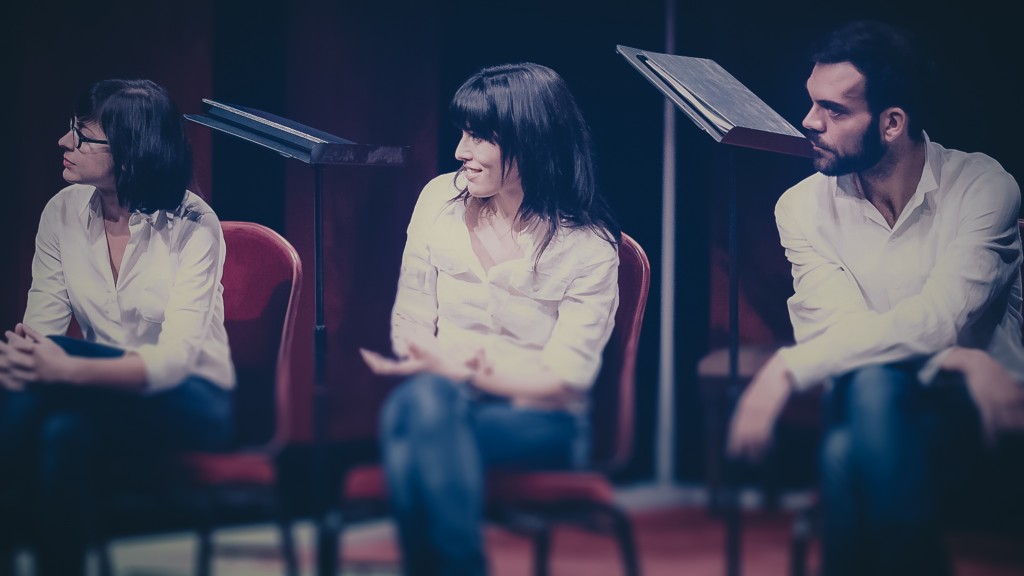 Since 2012, Spanish Artists in New York (AENY), with the support of Spain Culture NY-Consulate General of Spain, have presented a series of staged readings that introduce New York audiences to some of the most prominent contemporary playwrights from Spain.

In 2014, NITE partnered with AENY to present the Staged Reading Series. The first three plays were the winners of the 2014 Spanish-language Eurodram Playwriting Award. They are: “The Art of Interviewing” by Juan Mayorga, “Ushuaia” by Alberto Conejero and “Ventaquemada” by Paco Bezerra.

In partnership with the National Theatre (CDN) in Spain, NITE and AENY also selected “Click Here” by Jose Padilla to be presented in the series. “Click Here” is part of the ‘Written on the Stage’ program developed by the National Theatre (CDN). It premiered at the Princesa Theatre at the Maria Guerrero on December 4th, 2013. The play was directed by Jose Padilla starring Pablo Bejar, Mamen Camacho, Gustavo Galindo, Nerea Moreno and Ana Vayón. 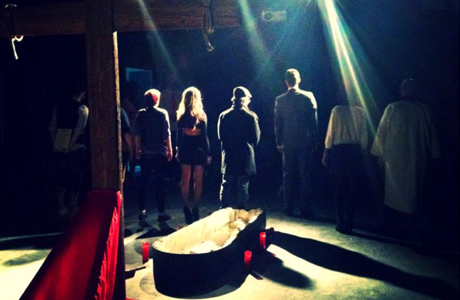 In Oct/Nov 2013, NITE collaborated with TotArt, an independent theatre centre, to help them select and invite theatre artists under 30 to participate in a week’s worth of workshops and shows in Valencia, Spain on the theme: ‘Theatre and Democracy”.

Student artists from Romania, France, Spain and America came together to devise original stage pieces created using a democratic system (as opposed to the more traditional top-down approached from producer/director to actors and technicians). 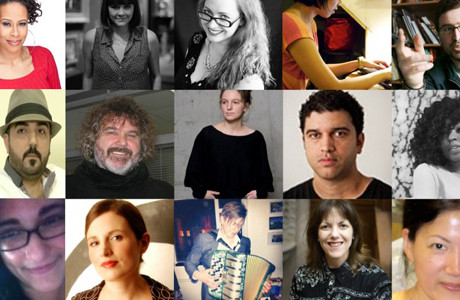 Around The Globe Chain Play

NYCWTD presented “The Around-the-Globe Chain Play” at the Lark Play Development Center on Wednesday 27 March in honour of World Theatre Day 2013. Produced by Amanda Feldman, lead coordinator of the NYCWTD Coalition, the event featured 16 playwrights from across the world, including NITE co-founder, Beatriz Cabur.

Starting and ending in NYC, a play was written as it travelled around the world making 16 international stops with playwrights. Each playwright contributed the next one to three pages of text, moving the plot forward from where the previous playwright left off.