The Chef is auditioning for an opportunity to have his own cooking show on TV. It is up to one audience member to decide whether he passes the test. The Chef must accomplish an impossible task: in less than ten minutes, he must make the audience member taste their favourite meal, all the while being in different cities.

Another production of The Chef by Beatriz Cabur has been performed by Toma Danila and directed by Ana Margineanu in New York and Edinburgh. 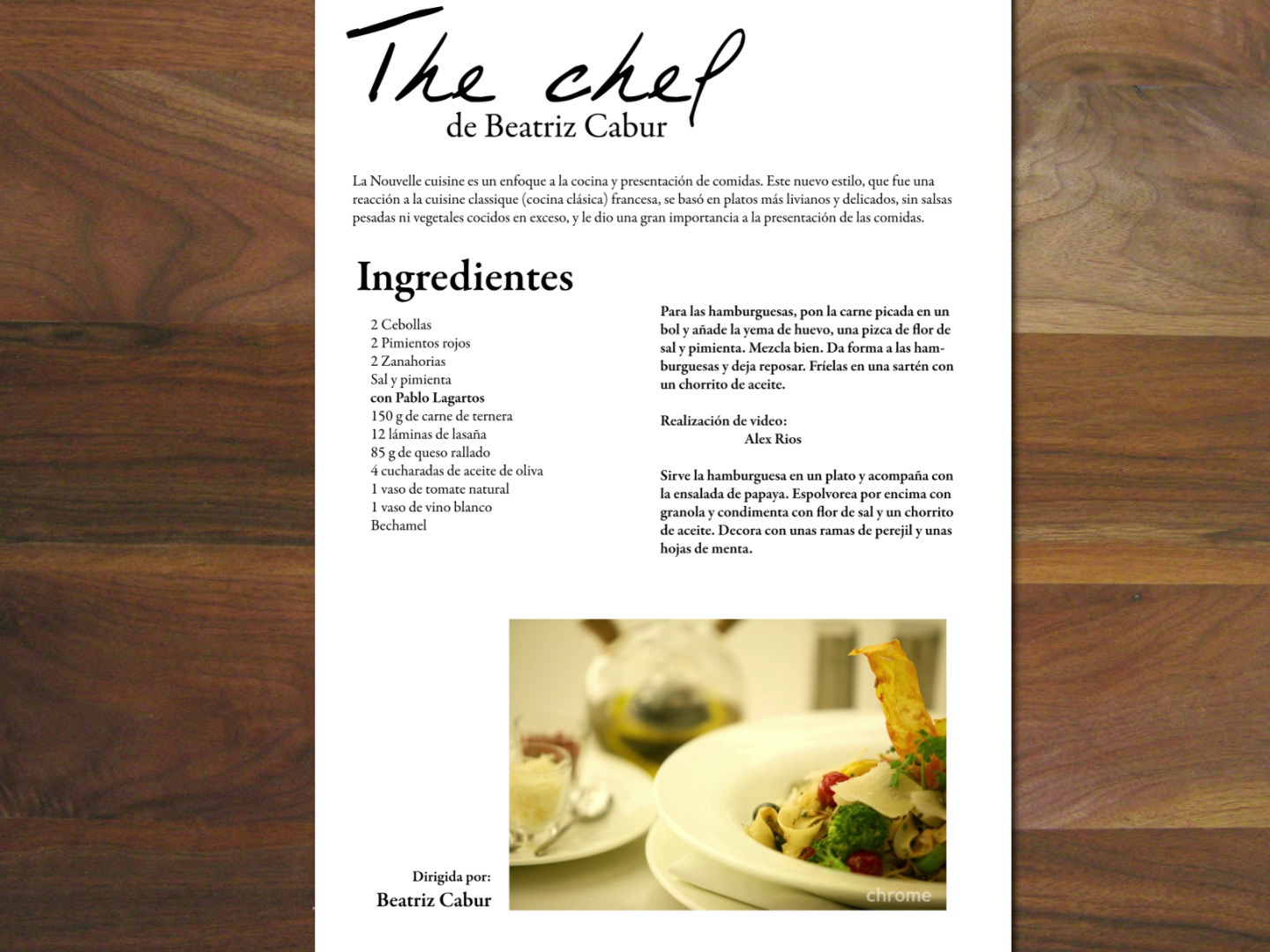