THE CHEF. LDA: New York Edition will première on February 5th, 2013 at the Gershwin.

PopUp Theatrics, the New York Theater production company founded by Tamilla Woodard and Ana Margineanu are preparing the third edition of LONG DISTANCE AFFAIR (LDA) and I wrote “THE CHEF” for it.

THE CHEF is a play written specifically for this show. It’s about Lucien, a Romanian cook trying to get a cooking show on the US national television. The lovely actor, Toma Danila, located in Romania, will cook for the audience in New York and they will taste their favourite dish. Yes, they will. He’s going to perform some astonishing magic too. THE CHEF will be directed by the great Michel Melamed. I can’t wait to see what they are going to do with this text!!

It’s been a pleasure to know them both, I truly hope we’ll meet sometime, somewhere. 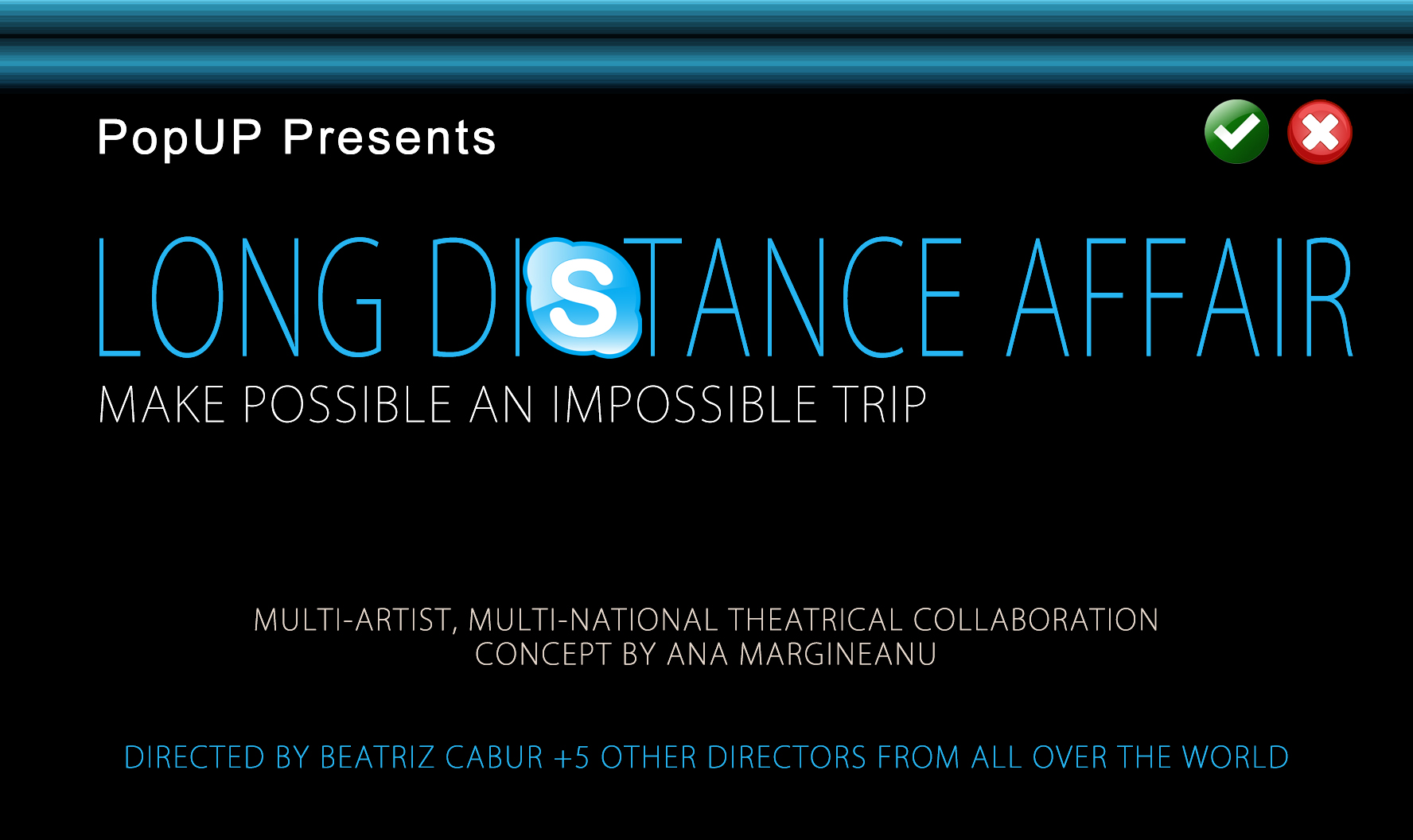