UCM-ITEM‘s 2nd conference on new Spanish and Hispanic theatre makers takes place on April 22nd, and they have been kind enough to invite me to discuss my work and share my thoughts on theatre making in the 21st century.

Cesar Barló and Cristina Bravo have organize this event where we will discuss contemporary playwriting and the ways in which directors stage it. We will also talk about the way theatre is being redefined in the 21st century. We will delve into one question that I have been faced by a lot: “What’s theatre and what’s not?” During the conference I will showcase some of my work.  If you’re in Madrid and you want to attend to this event, go on April 22nd to NAVE 73 (C/ Palos de la Frontera, 5) 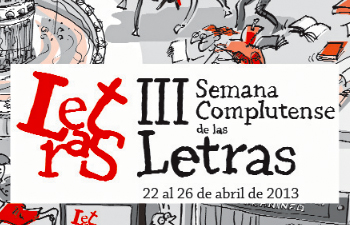